On August 2000, Garland Electric Industries opens "Garland Square" in the heart of London. Full of modern amenities, it is considered the future of urban living. On 16 October 2000, however, the entire complex is taken over by the United Resistance Defense Army (shortened to U.R.D.A.), a terrorist group.

With no demands or hostages, the Scotland Yard fears an unknown threat beyond imagination, realizing that the U.R.D.A. must be stopped and Lynch must not seek his hidden ambitions, whatever it may be. As such, they've ordered a covert international counterterrorism squad, the Special Tactics Force (S.T.F. for short), to liberate Garland Square. The S.T.F., in turn, assigns Squad 1, led by Claude McGarren (misspelled as Croad MacGalain in the arcade version), to spearhead the effort.

The moment the counterterrorism team arrives at Garland Square, heavy resistance by the U.R.D.A. is imminent. Squad 1 secures the complex (by neutralizing all terrorists and killing the special agents Tiger and Edge), but the S.T.F. starts to get puzzled as in spite of their hard work, there's no sign of Lynch. An Eyes Only Broadcast from S.T.F.'s intelligence officials reveals disturbing information about Lynch's goal of "over-working" an experimental atomic reactor 5 km (3 miles) below the complex. McGarren and Squad 1 engage in a tense time-sensitive conflict to nullify Lynch and to prevent the reactor from becoming unstable, ultimately saving London from a nuclear meltdown.

McGarren and Squad 1 are sent to rescue her. They fight their way through Grassmarket Street, defeating an experimental stealth defense droid called the A-0940 in the process. They then storm the Belforte Hotel, where Melissa is held on the rooftop swimming pool. There, they are confronted by Hunter and his airborne attack squad. Declaring his intent for revenge, Hunter engages and loses to Squad 1. He then attempts escape in a modified, heavily armed cruiser, but is killed when the cruiser is destroyed by McGarren's chopper. McGarren and his men then take Melissa to safety, having ended the U.R.D.A.'s terror once and for all.

In Crisis Zone, the player is part of the elite anti-terrorist trooper of the Special Tactical Force (S.T.F.), Claude McGarren. The game uses the same pedal system to reload and hide; however, the player uses a machine gun, a customized Steyr Mannlicher TMP with a laser sight and a magazine capacity of 40 rounds. Players take cover behind a portable ballistic shield that is strapped to the character's left arm. Crisis Zone is the first Time Crisis game to date to allow the player to select between three levels to play in any order. Upon completion of all three of them, the player can then play the final level to beat the game.

For shots on bosses, the scoring is as follows:

– Each shot is worth 100 points for each shot with an additional 30,000 point bonus for each lifebar completely depleted.

– Each lifebar when completely depleted is worth 10,000 as a point bonus.

A PlayStation 2 (PS2) port of the game was released in 2004 in the UK and the US with smoother polygon textures, higher difficulty, an additional mission taking place six months after the Crisis Zone arcade mode, and a special mode in both the original story and special story modes which the player is able to use special weapons (flamethrower with 2 seconds of continuous fire in Drycreek Plaza, 4-round M202 FLASH missile launcher with homing ability in Garland Park, laser rifle in Garland Technology Center, 60-round M134 Gatling gun in Grassmarket Street and 1-round M79 grenade launcher in Belforte Hotel) for a limited time. The PS2 port is compatible with GunCon II lightgun, and is available with an unusual two-player cooperative gameplay mode named "two-gun mode" by allowing two players to play simultaneously on a single-player mode without the use of split-screen (this is later used in Razing Storm), or weapon switching system (similar to Time Crisis 3, with some changes) allowing the player to switch between a Steyr Mannlicher TMP machine gun, an 8-round Beretta 8045 Cougar handgun and a 6-round short barreled Remington 870 shotgun, depending on settings. Unlike Time Crisis 3, Time Crisis 4 and Time Crisis 5, which only the handgun has unlimited ammunition, all weapons now have unlimited ammunition in Crisis Zone. As with the PlayStation 2 version of Time Crisis II and Time Crisis 3, players can access the Crisis Mission exercise menu through prolonged gameplay. Getting at least 50% achievement in the Crisis Mission unlocks "Double Gun" mode (in that mode, enemies take approximately 1.5 times damage). The US version of the PS2 remake is called Time Crisis: Crisis Zone. Oddly, the PS2 remake of this game is never released in Japan. 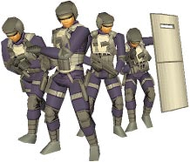 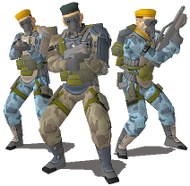 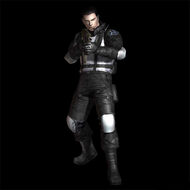 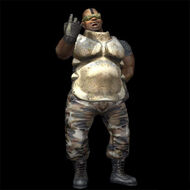 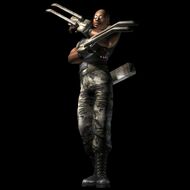 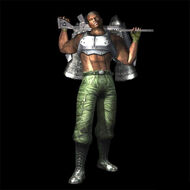 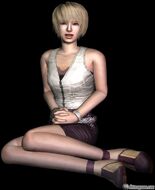