Evan Bernard (エヴァン・ベルナール, Evan Berunāru?) is one of the playable characters in Time Crisis 4, regardless of the edition being played.

Evan has a medium-short blonde hair and blue eyes. It is possible that he also uses few eyeshadow. He has a small, thin scar on his left eyebrow (it is barely visible, though).

Evan wears a dark brown jumpsuit with two V.S.S.E. titles and crossed wings logo with tribal style that opened from his chest to his upper abdomen where he can exposes his various necklaces with addition of kneepads with two tones where the color is dark brown at right and gray on left and two tone casual shoes. He also wears spiked black belt with chain. Evan also wears a glove on his right hand and black hand band with bracelet on his left wrist.

Evan comes from a long line of sea adventurers. Originally a fisherman, Evan joined the French Coast Guard to discipline himself to protect the public when needed. His outstanding performance as a Coast Guard member caught the attention of the V.S.S.E.. In contrast to his partner, Giorgio Bruno, Evan can be brash, impatient, cheery, and playful. While not in service by the VSSE, Evan can be seen as a carpenter specializing in high-rise buildings.

Due to Giorgio and Evan fighting Wild Dog (like all V.S.S.E. agents before them), the International Intelligence Agency has had enough. Although Giorgio and Evan were partners only for 1 year, they're a trustworthy pair. Newer agents would have to fight Giorgio and Evan before getting into a simulated fight against Wild Dog, who is really Richard Miller. The Ace of V.S.S.E. in disguise, upon the recruit passing the final drill, assures newer agents upon passing those drills, are ready to fight Wild Dog in the real world in the future, for which the V.S.S.E. required of. 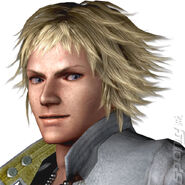 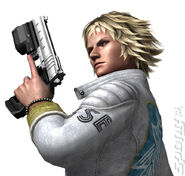 With Giorgio Bruno and "X"