Giorgio Bruno (ジョルジョ・ブルーノ, Jorujo Burūno?) is one of the playable characters throughout Time Crisis 4, regardless of the edition.

Giorgio wears a white collared shirt covered with opened paisley patterned red coat and brown pants and snakeskin patterned shoes with holster on his left thigh. He also wears one earring on his left ear.

Giorgio was born into a powerful Italian Mafia whom for some reason had feelings of discontent of living a life of organized crime, Justice came in his mind. When the Italian Authorities wiped out his family (when he was 10 years of age), he was adopted by one of the officers who treated him like he was their son. Vowing to live a righteous life like he wanted, he served as a member of Italy's Nucleo Operativo Centrale di Sicurezza (NOCS) SWAT Team prior to his service as a V.S.S.E. agent. While not in service by the V.S.S.E., Giorgio serves as a chef for a high-end Milano restaurant, famous for his lasagna.

Giorgio can be quiet due to his past, but can be passionate and beauty but sarcastic at times.

Due to Giorgio and Evan Bernard fighting Wild Dog (like all V.S.S.E. agents before them), the International Intelligence Agency has had enough. Although Giorgio and Evan were partners only for 1 year, they're a trustworthy pair. Newer agents would have to fight Giorgio and Evan before getting into a simulated fight against Wild Dog, who's in really Richard Miller. The Ace of V.S.S.E. in disguise, upon the recruit passing the final drill, assures newer agents upon passing those drills, are ready to fight Wild Dog in the real world, for which the V.S.S.E. required of. 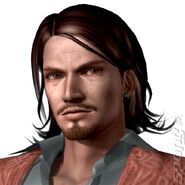 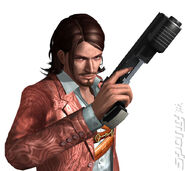 With Evan Bernard and "X"