Richard has a short black hair with two fringes at the center and dark brown eyes. In his in-game, his hair is brown.

His notable appearance in both Time Crisis and Time Crisis: Project Titan, Richard wears a black leather jacket with a red V.S.S.E. Angel logo beneath the angel design at the back and a red short sleeve undershirt, blue jeans with a black belt on his waist and brown shoes.

In Time Crisis II, during the Crisis Mission against Keith Martin, Richard had not changed much from the previous games. His primary outfit finally shows its notable change. The V.S.S.E. logo now has a red branded design and the color of the logo is white, his jeans are now medium blue and his shoes changed to reddish brown.

In Time Crisis 4, during the Crisis Mission's backstories, Richard's appearance remains unchanged, despite his age and his short black hair becoming slicked back, minus the two fringes on his head, almost made to look like a pompadour.

Richard is the V.S.S.E.'s agency's most trusted agent and is the only V.S.S.E. agent qualified to work alone. He is, however, a natural team player. Richard was a highly decorated sniper in the Gulf War[1]. Earning his stripes as an all-around V.S.S.E. Captain, Richard's reputation allowed him to conduct certain missions alone, especially when it came to fighting the Wild Dogs and the Kantaris Organization. Richard is also licensed to simulate fights in Crisis Mission situations in which newer V.S.S.E. agents are required to enroll in a battery and aptitude of specialized training based on prior V.S.S.E. cases, including fighting Wild Dog in a simulated fight.

Richard appears as a serious and very determined person. This trait is later shared by most silent protagonists. He is also shown to be a daredevil whenever he goes into extremes such as descending through the ground by hanging on the hook, getting down through the tower while he initially climbs back down and paragliding through the yacht.

In his one-on-one drill with Keith Martin during the Crisis Mission in Time Crisis II, he is shown to be agile as he quickly jumps through upper grounds and obstacles and runs in a quick pace and has a higher efficiency when shooting his opponent multiple times with his handgun.

He also fights against dangerous opponents which earns his nickname as the One-Man Army. Before his battle against Wild Dog when he shoots Rachel MacPherson in her right arm, Richard expresses his anger and rage towards his nemesis and wants to take him down. But after he defeats Wild Dog, he also expresses his relief and smiles to see Rachel is okay as he rescues her. This also happens in Project Titan when he encounters Xavier Serrano who is alive and well before he explains to him about Wild Dog's motives.

During Crisis Missions in later games, Richard was shown to be brave and confident before facing off against Keith Martin and became impressed to his performance when he defeats him in a one-on-one drill. This also happens in Time Crisis 4 when he impresses the trainees after he was defeated by them as a disguised Wild Dog and earning respect among with the other protagonists to their performance.

Richard came to contact with Wild Dog during the "Los Meurtos" Colombian drug cartel[1], in which he was victorious.

After hearing an encrypted message from Porter Davis regarding Rachel MacPherson the daughter of the President of Sercia's kidnapping, Richard did not hesitate to head to Garo Castle to rescue Rachel, despite great difficulty because her kidnapper Sherudo Garo, who wanted to rule Sercia and was using Rachel as an insurance had hired Wild Dog and his gang to stop Richard at all costs. Richard however got past Wild Dog's men, killed Sherudo, defeated Wild Dog and rescued Rachel, preventing Sercia from falling into anarchy.

Richard eventually had to inspect the Chateau de Luc hotel, which in spite of little-to-no intel, was confirmed to be a weapons front which doubled as the sole weapons provider of the Wild Dogs. Although the outcome of the Kantaris Insurrection was unknown, the sole intent of sending Richard to subdue the Kantaris Organization was to add intel to the V.S.S.E..

Richard came under fire after Ricardo Blanco framed him for the assassination of Xavier Serrano, the man responsible for transforming Caruba into a democratic republic ruled by the people. The Caruban Authorities wanted Richard arrested, but the V.S.S.E. told the Caruban Authorities to be patient and give the one-man army 48 hours before the agency had to disregard Richard's work as a V.S.S.E. agent.

Richard was very early in clearing his name, as he discovered Ricardo to be the culprit per Abacus (Marisa Soleil). With Ricardo betrayed by Wild Dog, Richard was thought to be doomed when Ricardo told Richard in his dying breath to infiltrate Rio Oro.

Eventually, Richard ran into Xavier, who appeared to be a V.S.S.E. agent in his past, codenamed "Placido". Surprised that he was kept alive as a hostage, Wild Dog intended to frame Richard as a vehicle to force Xavier to disclose information about the Rio Oro mine, which had the titanium Wild Dog needed to build an army of titanium robots as a vehicle for a new world order by the Wild Dogs. Richard informed Xavier that he was still wanted by the Caruban Authorities, but after ordering Richard to subdue Wild Dog and stop Project Titan, he opted to report Wild Dog's madness to the V.S.S.E. to clear his name, and to stop Caruba from man-hunting him.

Richard succeeded in destroying Project Titan in spite of difficulty. The Caruban Republic told Richard to report to Caruba for an official apology, but Marisa told President Serrano that Richard would always be busy no matter what. Richard is last seen driving straight with his red sports car after the incident.

Alarmed by the unexpected military strength of the enemy in the Neodyne Industries case of the Starline Network, the V.S.S.E. ordered Keith Martin to undergo Crisis Mission training which lasted 6 days to put him up to par with the one-man army. As a part of his final test to ensure that he was a trustworthy agent, Keith had to fight Richard in a one-on-one drill in which he had to defeat Richard to finish his Crisis Mission obligation. Keith successfully finished his Crisis Mission obligation, which Richard was proud of.

The V.S.S.E. came to terms that in every V.S.S.E. case, Wild Dog came to impede the V.S.S.E. no matter what. When Giorgio Bruno and Evan Bernard fought Wild Dog, the V.S.S.E. has had enough. The International Intelligence Agency then required a simulated fight with Wild Dog to ensure that newer agents were capable of fighting Wild Dog when required. Richard used the information from Giorgio's and Evan's encounter with Wild Dog as a part of those drills based on the Hamlin Battalion incident. Richard assures to the newer agents that passing the Wild Dog drill means that they're ready to fight Wild Dog whenever they're required to in the future. 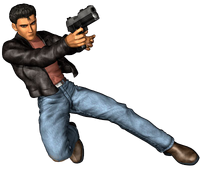 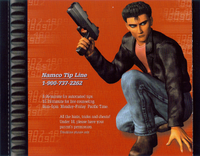 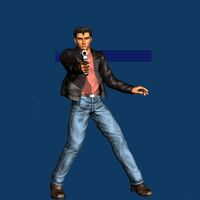 Richard as he appears in Time Crisis: Project Titan 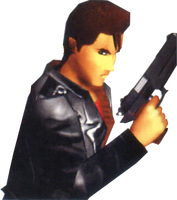 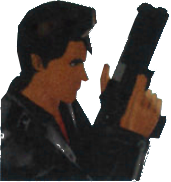 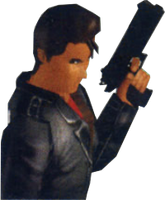 Richard as he appears in Time Crisis 1 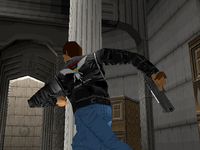 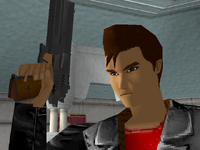 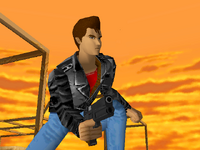 As "X" and with Giorgio Bruno and Evan Bernard

As "X" after being defeated by the VSSE Trainee 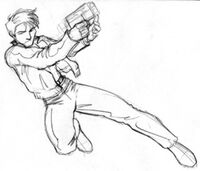 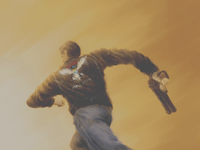 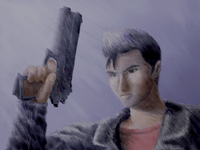 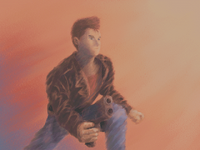 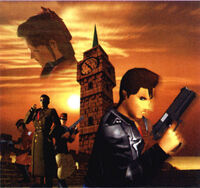