The S.T.F. (スペシャル・タクティカル・フォース, Supesharu・Takutikaru・Fōsu?) (or Special Tactical Force) is an organization in Crisis Zone that is tasked to liberate Garland Square and suppress the U.R.D.A.. One of the squads, Squad 1, is led by Claude McGarren.

Squad 1's standard weapon is the modified Steyr Mannlicher TMP. It is loaded with 40 rounds per magazine. 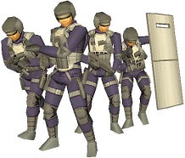 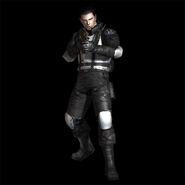 Aiming their weapons after Jared Hunter's defeat at Belforte Hotel